There’s the thing everyone else is doing that seems like the popular choice, so it’s tempting to try it. Likely it won’t work for that reason.

What often works in building connection, gaining attention, and creating success for you is what others aren’t doing. That’s the uncommon choice. It has the real value.

*Warning, I’m going to reference Boxing in this post. There are a lot of reasons for that. Boxing has played a big role in my life, and is an underlying theme in my upcoming book Be Solid: How To Go Through Hell And Come Out Whole. Read on if you want to truly win with your growth farming and be an uncommon creative person.

Though I work in radio and with musicians, I haven’t spent all of my free time doing music related things. I used to work out at a boxing gym where Coach Rivas kicked my ass every day.

I loved it (strangely enough) when each workout session ended because we all had collectively done above and beyond what we believed we could do physically, mentally and emotionally in those workout sessions.

However, I did dread those workouts before going up there each day, because I knew they would be intense, and would require everything I had and then some.

We were in the gym Monday through Friday for about 1.5 hours a day and were pushed beyond
the limits of what our minds told us we could do. I remember days of doing nonstop cardio
workouts for 20-­30 minutes at a time, to switch to doing wild bag work combinations.

My mind would be saying “I can’t do anymore, please let us stop,” but Coach kept pushing us, and we ended up being able to do more than we thought we could.

I learned a lot from those experiences

I learned that listening to just the common thread of thought in your mind can be very limiting. Because you won’t push yourself past your own limits unless something else is driving you.

To get to the real results you want, the kind where things change and you reach new levels of growth and success, you be uncommon.

It was one of the first times in my adult life to have a coach who did such things. The results were amazing.

While I was in the gym, I got into the best physical and psychological shape of my life.

Being a relatively small person (standing 5’ 7” and weighing 112 lbs soaking wet), I’d struggled with insecurity and fear my entire life.

This is a regular thing that people feel, especially dealing with bullies.

I’m no stranger to this stuff

But I backed down from challenges and endured way too many emotional setbacks in my youth and early adulthood, all on account of fear.

Part of going to the boxing gym was to face that fear literally, and put myself in a situation where I had to fight or flight.

I never ended up being very good at boxing, but I still enjoy the sport.

Having done it on an amateur level showed me so much about the unspoken and irregular aspects of the game,
something similar to how musicians who closely study their instrument and play something
beyond chords or basic scales might understand.

I got in great shape boxing but what has stuck with me more than the exercises and the
knowledge of fighting is something that Coach said at nearly every session:

Just about everyone wants this. No one really wants to stand out, so we try and dress like the popular kids. We would follow
someone else’s leadership in what we would do, what we listened to, how we wore our hair, and so on.

Sometimes we would be followers of rebels instead of doing our own version of rebelling because following is easier than being a trendsetter and throwing popular opinion to the wind.

Standing out is difficult. Fitting in is desired because it’s common to blend and not make waves.

Everyone feels that on some level. We all want to be loved for our uniqueness yet are afraid that what makes us unique might also be what causes others to criticize, mock, or reject us.

So many of us hide our uniqueness and do what everyone else does so we can fit in. In the process, we lose part of our hearts and a sense of self (or sometimes a sense of purpose) because the road regularly traveled is quite dull, and so beaten into the ground.

Until the advent of social media, we didn’t let our opinions dictate our course of action like we do today. In music and in business, I keep seeing the majority of people do things that don’t make sense.

The only reason I can think of for some people’s behavior is “That’s what everyone else does, so it must be what works.”

Everyone can be wrong

Look at the trends in pop culture on a societal level and it’s easy to agree.

This is why when you look at those super­-successful people in any industry, they’re the minority of the group. A small portion (usually 1­5%) of an industry or business type are the most successful in the short term and long term. They’re not doing what everyone else is doing, because if they were they wouldn’t be successful.

In boxing, an uncommon fighter is one who doesn’t make lazy decisions like dropping their hands.

An uncommon fighter looks for ways to strike at angles instead of standing directly in front of their opponent and just throwing punches.

Other traits that uncommon boxers have is they work harder, longer, and more consistently. They don’t let their bodies get out of shape between matches.

There’s a reason why Roy Jones Jr and Bernard Hopkins could not only still fight in their 40s, but remained champions as long as they did. Those two were always, always, always in shape. That’s not common.

It’s not about fitting in. It’s about being unique.

Look at the highly competitive world of the music industry

Music success depends on an artist’s ability to draw a listener into their world using notes, beats, and words (unless they’re an instrumental performer).

One-hit wonders are a form of music success but who really sets out to just create one great or memorable thing?

I’ve seen it and experienced it firsthand, where outstanding artists craft brilliant music and draw global fans into their realm through excellent songwriting, performance, and sound quality.

But how do you get your music to a level of greatness that beckons a global
audience?

Don’t do what everyone else does

It’s common to hope that winning the lottery is the answer to achieving the fulfillment of your dreams so that you never take the steps and the time necessary to invest in reaching your goals.

It’s common to think you can become an overnight success just because you have a desire for greatness and a little talent.

Add patience, diligence, and hard work into effect along with gauging your work overtime and making improvements/adjustments when necessary.

It’s common to do just enough to get by instead of giving more than is asked.

It’s common to do one thing well and expect the world to faun over you instead of being gracious and thankful while seeking refinement and improvement.

It’s common to expect people to just open doors of opportunity for you that others have spent their lifetimes working hard on and then have a bad attitude when things don’t work perfectly the first time.

Many artists demand that their music be showcased, promoted, and talked about, then act butt-hurt when that opportunity isn’t given to them.

It seems that everyone wants to shortcut the process of paying your dues, cutting your teeth, and struggling through the early stages of growth to achieve something truly great that has lasting value.

Don’t do what everyone is doing.

Common people can’t change others’ lives or become inspirational heroes because there’s little inspiration in the life of someone who just gets by.

Common people don’t recognize the beauty and glory in the transformation process, the kind that takes time, commitment, hard work, and difficulty to reach monumental results.

Instead, be uncommon. It’s the path to success and greatness. 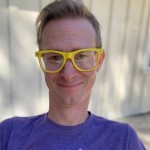 The Growth Farmer for transformation in spirituality and personal growth, D Grant has journeyed through the realms of broadcast media, amateur boxing, entrepreneurialism, spirituality, storytelling, writing, and public speaking to deliver life-changing perspectives, teachings, and entertaining tools to help you live your best story.

Mark Steiner On How To Build A Successful Company

The Secret To Getting More